Getting extensions ready for joomla! 4 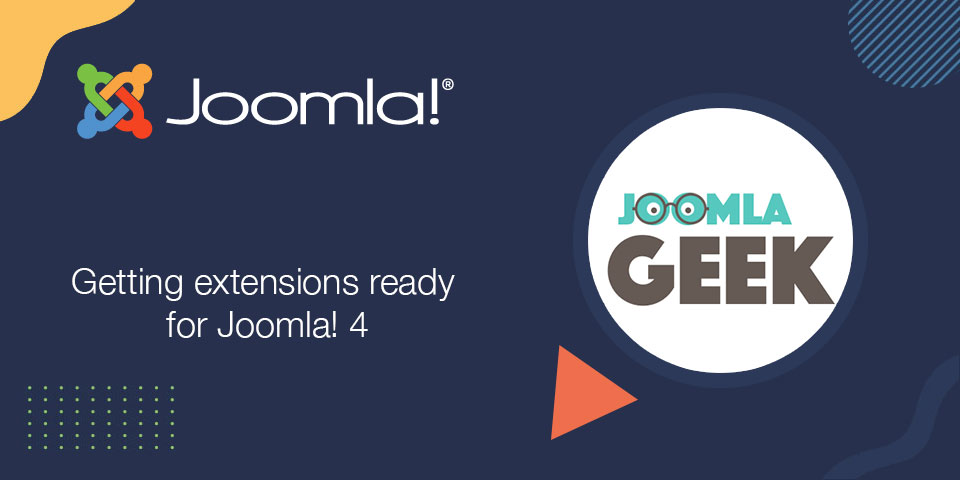 You might have heard about Joomla! 4.0 - the next major Joomla version.
It was 4 years from the day when the first Joomla 4.0 Alpha 1 released for testing. With the great efforts of Joomla development team and after many releases of Alpha versions, Beta versions, and RC versions, it is coming closer and closer.

The latest RC3 version in Joomla! 4.0 release series has been released on 29th June 2021, the next Joomla! 4.0 RC4 will be released on 13rd July 2021 by plan. A release candidate (RC) is a version of a software program that is still being tested, but is ready to be released. So we can expect a release of the first stable version of Joomla 4.0 by the end of this year 2021.

It's great news for Joomla fans, because Joomla 4.0 is a totally new version, it will come with many new features and improvements that will help users to do more things. We can name some most exciting new features in Joomla 4.0 as follows:

You can download and install Joomla 4.0 RC3 to test its new features and prepare for a migration of your websites to the new version in future.

Getting extensions ready for Joomla! 4

With Joomla 4.0 is coming closer, JoomlaGeek is working hard to get our extensions compatible with Joomla 4, so you will have a seamless migration once the stable version of Joomla 4 is out.

In June, we updated all our premium extensions to work compatible with Joomla 4.0 RC2. New version of extensions have been released, and they are available for download and testing:

Migrate your websites to Joomla! 4

Joomla will support the upgrade Joomla! 3 sites to Joomla! 4 via Joomla! update component, all core extensions will work properly after upgrading by default.

If you face any unexpected error while upgrading, or 3rd party extensions installed on your website are no longer supported but you still want to keep them in your new Joomla! 4 website. JoomlaGeek provides an Upgrade and Migration service that can help you to sort out these issues. You just need to submit a request for a quote, we will review the completed form and contact you to discuss the specifications for the custom works.